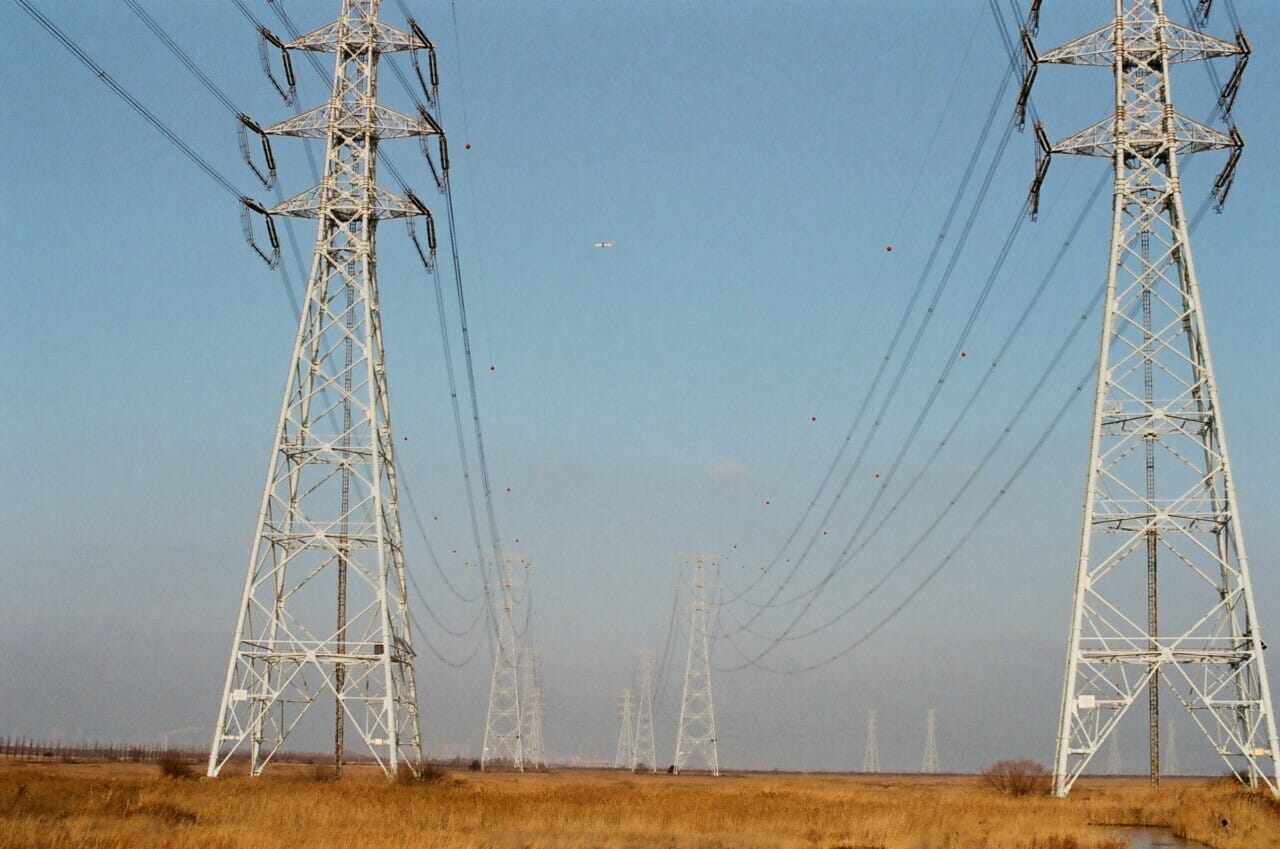 It’s been nearly a year since Donald Trump became the 45th President of the United States, and as he promised during his campaign, his administration is laser-focused on eliminating environmental, health and safety (EHS) regulations they believe to be onerous for business or that exceed the agency’s statutory authority. Congress has also used its authority under the previously forgotten Congressional Review Act to rollback several regulations. At the same time, non-governmental organizations are challenging agency decisions to rollback EHS protections in the courts. Dozens of legal cases are currently pending throughout the federal court system with many more likely to be filed in 2018.

Keeping up with this ever-changing regulatory landscape can be challenging, so here’s a helpful rundown on the rules Trump’s administration has eliminated, put on hold, or asked the courts to dismiss and what these changes mean for EHS teams in electric utilities.

Trump has issued several executive orders that advise federal agencies to no longer include greenhouse gas (GHG) emissions in environmental reviews or use the Obama Era calculation for “social cost” of carbon when reviewing projects for permitting. Conservatives argue that these analyses slow down the permitting process, while environmental protection organizations counter that this will result in more lawsuits, which will further delay project development as the courts decide if CO2 and other GHG emissions should be considered by agencies during the project permitting phase.

History: CPP was developed to reduce CO2 emissions from electric utilities by 32% by 2030 using 2005 levels as a baseline. It was finalized October 2015 and immediately challenged by industry and states in the D.C. Circuit Court. In February 2016, the Supreme Court issued a stay. This was the first time the high court issued a stay for a rule before a lower court ruled on the merits. The stay is in place until the Supreme Court decides the case on appeal or declines to hear it. Oral arguments were heard by the D.C. Court in September 2016, but no decision was made. In March 2017, President Trump issued an executive order directing the EPA to review CPP to decide if it should be suspended, revised, or rescinded.

Update: The case was again suspended an additional 60-days on November 10, 2017. On December 18, 2017, EPA issued an Advance Notice of Proposed Rulemaking to solicit comments on carbon control measures that could be implemented at individual power plants. Comment period is 60 days.

What This Means: The Clean Power Plan as developed is essentially dead. Any replacement rule is years away.

History: The Power Plant Effluent Limit rule was originally finalized November 2015 and went into effect January 2016. The rule was challenged by industry in the Fifth Circuit Court of Appeals on December 8, 2015.

Update: Since Trump took office, the Fifth Circuit issued a stay to give EPA time to consider rewriting the rule and EPA announced that it would delay compliance deadlines as long as the rule was winding its way through the courts. EPA was subsequently sued by several environmental and public health organizations for delaying compliance deadlines. Earthjustice represents these groups.

EPA then finalized a rule to delay compliance deadlines up to November 2020 for effluent limitations for flue gas desulfurization (FGD) wastewater and bottom ash transport water only. EPA filed a motion to dismiss the Earthjustice lawsuit. The Court has not ruled on this motion as of this writing.

What This Means: Currently, EPA is not enforcing the current standards for effluent limitations for flue gas desulfurization (FGD) wastewater and bottom ash transport water and has no plans to do so until they have a chance to issue new standards. This means that steam-electric utilities companies are permitted to continue to operate the way they were before the rule went into effect.

History: After four years of agency review, Gina McCarthy, EPA Administrator, signed the rule on December 19, 2014, which authorized EPA to regulate coal ash disposal as a non-hazardous waste under Subtitle C of RCRA.

Update: InJuly 2015, seven petitions were filed with the D.C. Circuit Court of Appeals asking the court to review the final rule. Subsequent modifications to the rule, including the post-closure requirements have since been made. During this time Congress passed and President Obama signed the Water Infrastructure for Improvements to the Nation (WIIN) Act inDecember 2016. Under this law, EPA and states were granted additional authority to regulate coal ash disposal, including the establishment of state permitting programs.

In May 2017, Plaintiffs petitioned EPA to reconsider various provisions of the final Coal Ash rule in light of the WIIN Act. EPA published interim final guidance on the state permit programs in August 2017 and provided stakeholders with a 30-day comment period. Meanwhile, the D.C. Circuit Court of Appeals scheduled oral arguments on the original matter, which were held on November 20, 2017. A decision is expected in early 2018.

What this means: All provisions of the Coal Ash rule remain in effect until EPA decides to revise or remove them. The DC Circuit Court should rule on the original petition in early 2018. Additionally, EPA is reviewing the comments regarding the WIIN Act provisions that authorize state permitting programs but has not provided any additional details or finalized the interim state program guidance document that was issued August 2017.

What This Means: There are currently no compliance obligations for companies building or modifying power plants.

History:  Air emissions from power plants are highest during start up, shut down, or when they malfunction than during normal operations. Power Plant Startup, Shutdown, and Malfunction Rule regulates pollution during these events, which reduces the negative effects on air quality and human health. This rule was finalized in June 2015 and states were required to amend their SIPs with the new requirements no later than November 22, 2015. EPA was sued the day the rule was published (Walter Coke v. EPA, No. 15-1166, D.C. Circ).

Update: Litigation has been suspended indefinitely while the EPA reviews the rule. They must file 90-day status reports with the Court.

What This Means: The rule was not stayed by the Court, so SIPs are in effect until EPA issues updates to the rule, repeals the rule or issues a new rule; however, EPA is not actively enforcing the current rule.

History: MATS was designed to limit mercury emissions and other toxic emissions from power plants, such as vanadium and arsenic. Mercury, a neurotoxin, is found in water bodies and soil where it enters the food chain and bioaccumulates, especially in fish. It is particularly harmful for pregnant women and young children.

Coal- and oil-fired power plants were required to make reductions to achieve those standards by the spring of 2016. Industry challenged the rule in 2012, but the DC Circuit upheld the rule in favor of the EPA. In 2015, the Supreme Court agreed with the lower court’s ruling, but sent the rule back to EPA for additional cost-benefit analyses to determine appropriateness and necessity of the standards. EPA concluded its review in April 2016, and several industry groups and states challenged the supplemental findings.

Update: EPA has asked the DC Circuit to delay the case, arguing “In light of the recent change in Administration, EPA requests continuance of the oral argument to give the appropriate officials adequate time to fully review the Supplemental Finding Litigation.” DC Circuit court denied the motion. On April 27, 2017, the Court suspended litigation indefinitely after EPA filed a motion to delay oral arguments. EPA is required to provide the court with a status report every 90-days.

What This Means: Since MATS was never stayed, many companies in the power sector have already installed the necessary pollution control technologies and are in compliance with the regulation. Opponents have argued that the rule is unreasonable and has forced coal plants to retire or mothball. According to EPA, 200 plants were granted one-year extensions in 2015 to comply, and most of these facilities made the upgrades, while others were retired or went into mothballed status. Overturning MATS will likely prove difficult since it would require determining that the change would not negatively impact human health.

2017 has been a year of transition and rapid change in Washington, D.C. The Trump administration promised to rollback EHS regulations that it deemed were stifling growth, and they have remained steadfast and determined to make good on this promise. On the other side, organizations committed to protecting human health, worker safety, and the environment are doing what they can through the courts to hold the administration accountable for their actions and ensure that proper procedures are followed.

EHS professionals can expect more of the same in 2018. It is unlikely that EPA or OSHA will promulgate many new regulations and more likely that they will continue to rollback existing regulations deemed burdensome to business. Additionally, pending budget cuts to agencies, like EPA and OSHA are still being debated by Congress. These cuts, if passed, would have a profound impact on how these agencies operate and the impacts would trickle down to states who rely on funds from federal agencies to operate their own EHS agencies.

Lastly, it remains to be seen if states will step in and fill the regulatory void created by federal agency rollbacks. Funding cuts at the federal level would likely make this more challenging for most states; however, companies that operate in multiple states should keep a close watch on what state legislatures and regulatory agencies are doing. Managing EHS compliance could get much more complex if states opt to pass new laws or regulations to fill a perceived void in protections for human health, worker safety, and the environment.

To learn more about how Cority can help you keep up to date with regulatory changes and maintain compliance at your organization, check out our guide, Keeping Pace with EHS Compliance Management.